The Dirt Behind Me 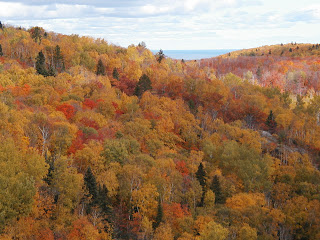 The miles are slowly, but consistently, accumulating behind my heels. It's funny how lofty goals make the preparation's magnitude change. A friend of mine did the first ascent of an ice climb in Canada and named the route "Einstein Said It Best," presumably in response to a partner's exclamation of its difficulty. I couldn't agree more. The relative difficulty of a task is surely defined, almost entirely, by the relative perception of the person who's charge it is to complete it. Perceive the task as enormous, intimidating and beyond our mortal capabilities and it will be. Leave behind perceptions altogether and instantly accept the whole pie, savoring each smaller piece one bite at a time and eventually you're rewarded with an empty pie tin. The job is done, there's no trophy or parade; just the empty pie tin and a satisfied hunger after the "doing" is done.

As I careen my body's inertia towards my first ultra marathon this coming fall, I find the greatest challenge not being the physical demands set forth in training and for the eventual 50 miles of effort, but, rather, the training of the mind. It's far too easy to let that 50 miles seem almost Himalayan in magnitude. Who am I to be so audacious as to think I can do that? B.S. I've already done similar things in the mountains and many of my friends have as well; for that matter, so have many other folks, and several far further and over more difficult terrain and conditions than I can expect for my first experience. I'm not them, but my psyche is very similar. Perhaps that's one reason they're my friends..."birds-of-a-feather."

So as the dust builds up on my calves and the single-track throws roots, rocks and branches at me through the rolling hills of Minnesota and Wisconsin, I let my body build and focus my biggest effort on controlling the mind's nay-say tendencies. Perhaps that's the real Himalayan task and the dirt that needs to be set behind me.
Posted by Shawn at 7:20 AM